Timothy Coleman was an apprentice to a master furnituremaker in Seattle, then studied for two years with James Krenov at the College of the Redwoods. In 1989 Coleman established his first independent studio in Western Massachusetts where he has been designing and building furniture ever since.

Timothy Coleman's work has been exhibited in galleries and museums nationwide, including The Gallery at Somes Sound on Mount Desert Island, ME, Currier Museum of Art in Manchester, NH, Pritam & Eames in East Hampton, NY,  Sansar Gallery in Bethesda, MD, the Highlight Gallery in Mendocino, CA, and the Dane Gallery on Nantucket Island.  Coleman has been featured in many publications, including Fine Woodworking, American Craft, American Woodworker and The Boston Globe, and has received numerous awards, including a Niche Award in 2000, a Massachusetts Cultural Council Award in 2007, and the Society of Arts and Crafts Artist Award in 2010. Coleman was recently part of a nationwide exhibit of studio furniture at SOFA Chicago in November 2009.

"My furniture is fully functional but also highly sculptural. It is often described as poetic, graceful, and exquisitely detailed. While I have a solid foundation in classical furniture making and design, I enjoy experimenting with forms, patterns and textures to create unique contemporary pieces. I frequently use marquetry, parquetry, thick veneer tiles, low relief carving and embossing to create richly textured and patterned surfaces. I am inspired by the decorative pattern work of cultures around the world, particularly from the Middle and Far East."  Timothy Coleman 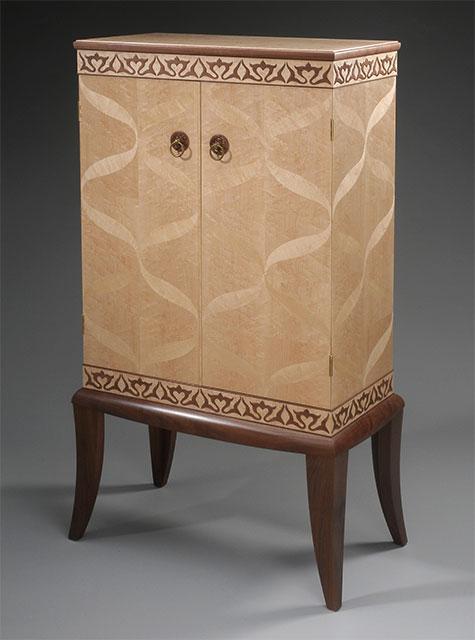 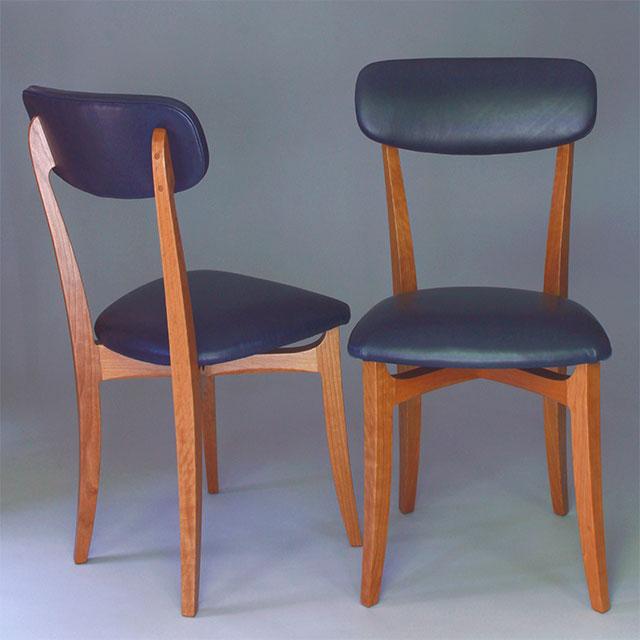 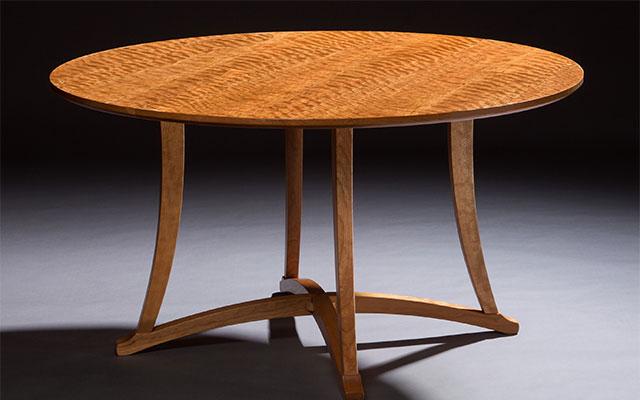 Ripples on the Sound Dining Table 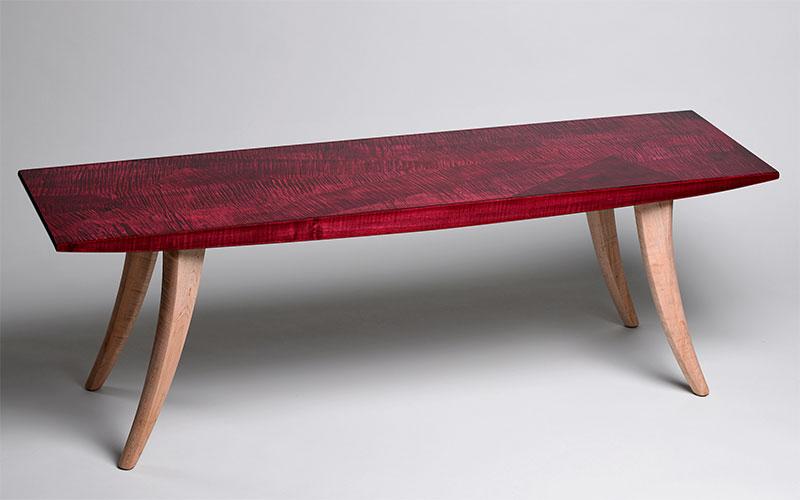 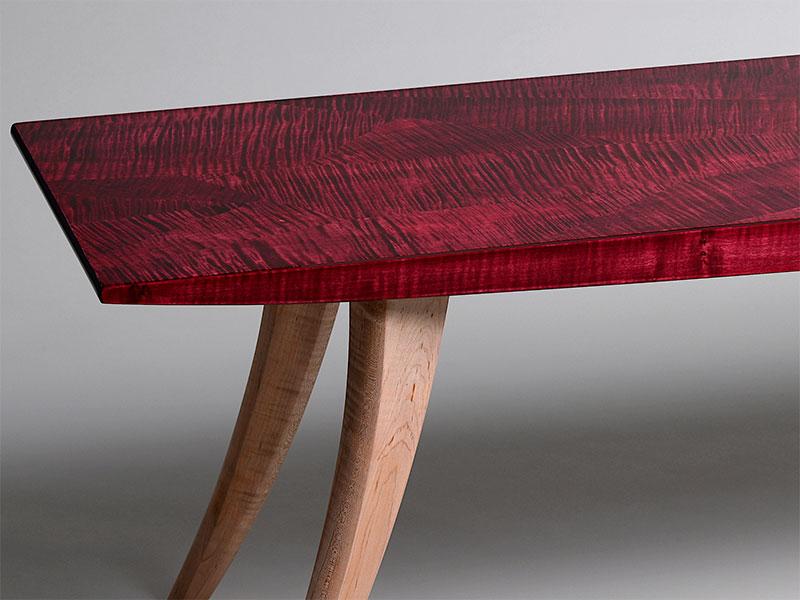 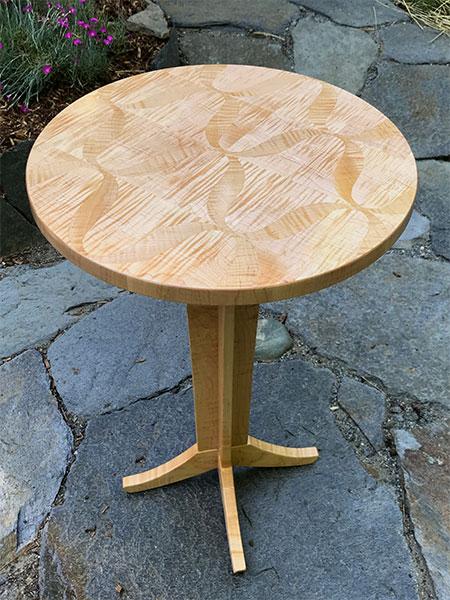 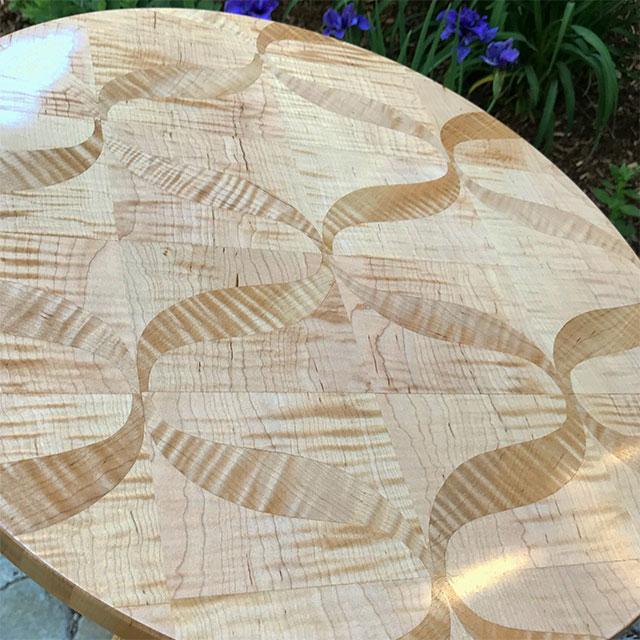 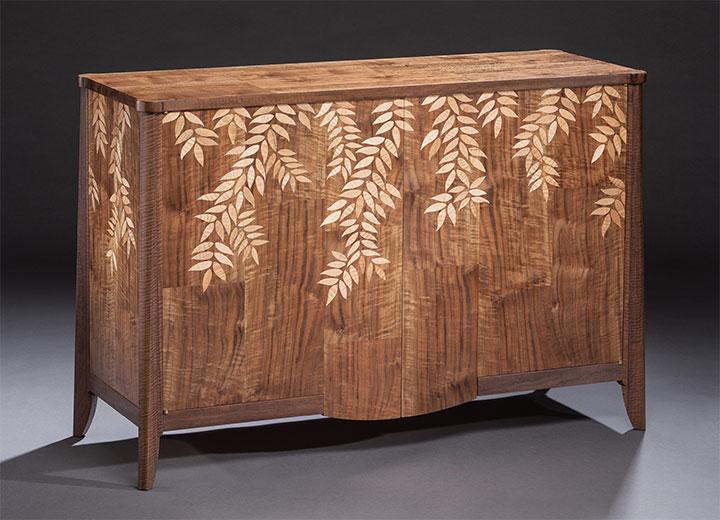 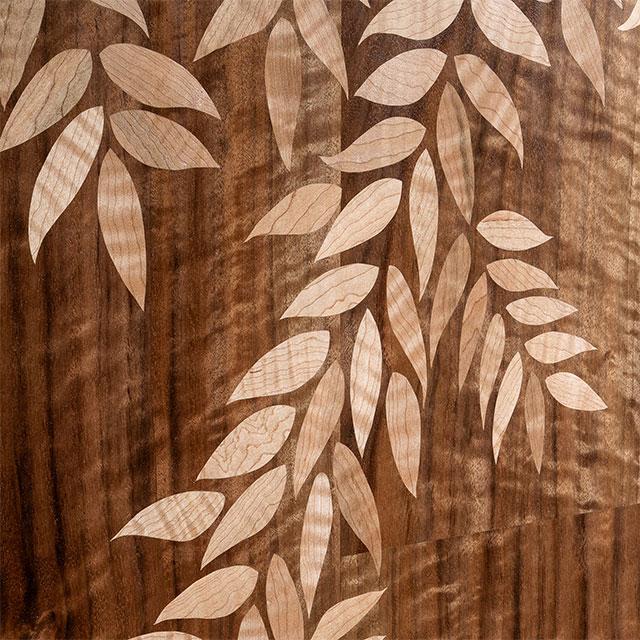 Close up Rhapsody in Walnut Cabinet