Kaitlyn Metcalf is a native of New Orleans, Louisiana. Led by her passion for the arts, Kaitlyn traveled north to attend Maine College of Art in Portland where she graduated with Honors, attaining a Bachelors of Fine Arts in Painting with a minor in Art History.

After graduating from MECA, Kaitlyn ventured even further north to Downeast Maine near Mount Desert Island. She and her husband, Ryan, spend the Spring, Summer & Autumn months sailing, hiking, biking, gardening and generally exploring the nooks & crannies of the Acadia region, all of which provide plentiful painting inspiration.  Creativity abounds in her studio which is nestled in a boreal fog forest, near the sea.   Most of Kaitlyn’s paintings are based on her experiences living in rural Maine, with water often being at the center of focus.

Growing up in New Orleans, water became deeply impactful on her life, not only because of proximity, but because of all that the water means to the city.  And now living life on the coast of Maine, she finds similar connections that have become direct influences on her work.

Kaitlyn is particularly interested in materials integration as a way to assist in concept development. Varying elements such as barnacles, thread, fishing line, charts, sand, clay, glass beads and gold leaf are mixed into her paintings to expand not only surface interest, but to also create a dialogue between object and imagery. She enjoys giving the viewer an element of surprise that is often so well integrated, it is thought to be painted until closer inspection.  These surprises add a depth and richness to the piece, calling the viewer to take a second look. Each element within the painting helps her to continually develop a language further expressing that which enchants her about the natural world. 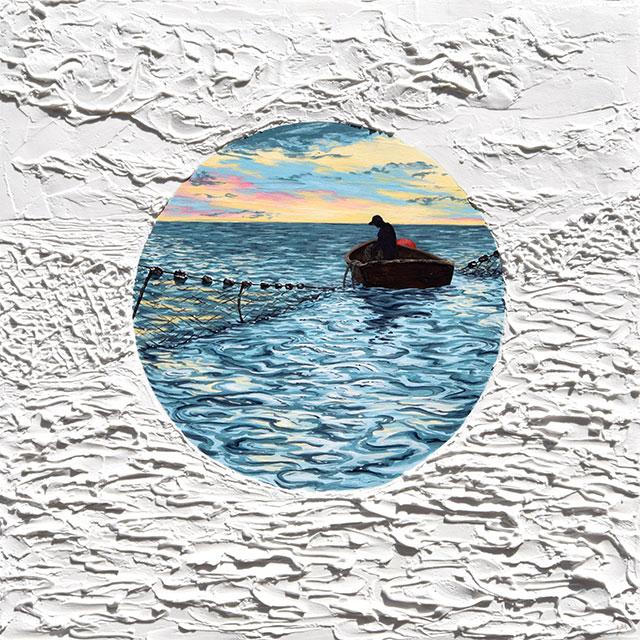 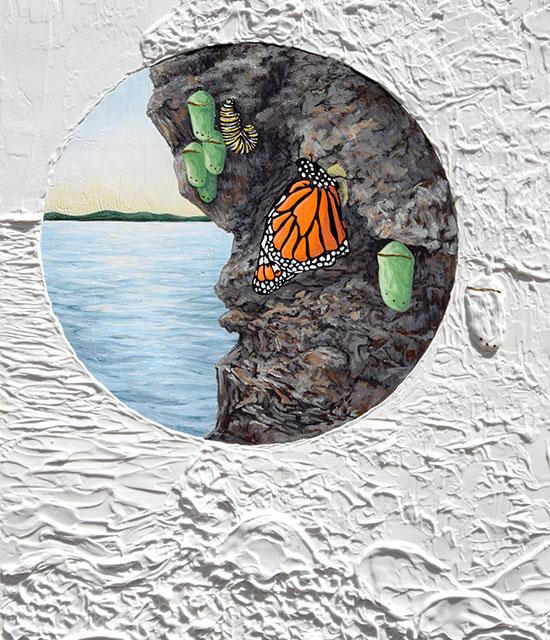 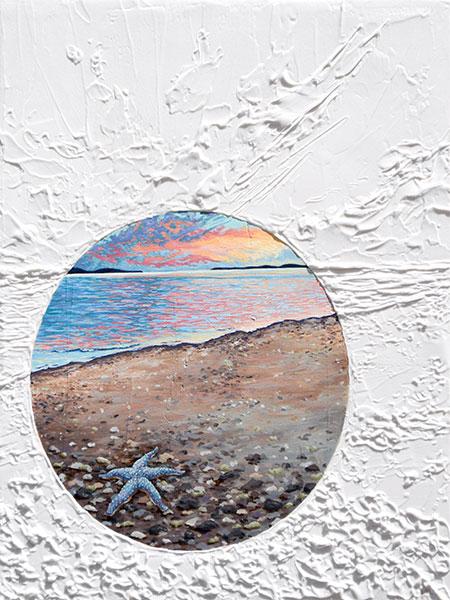 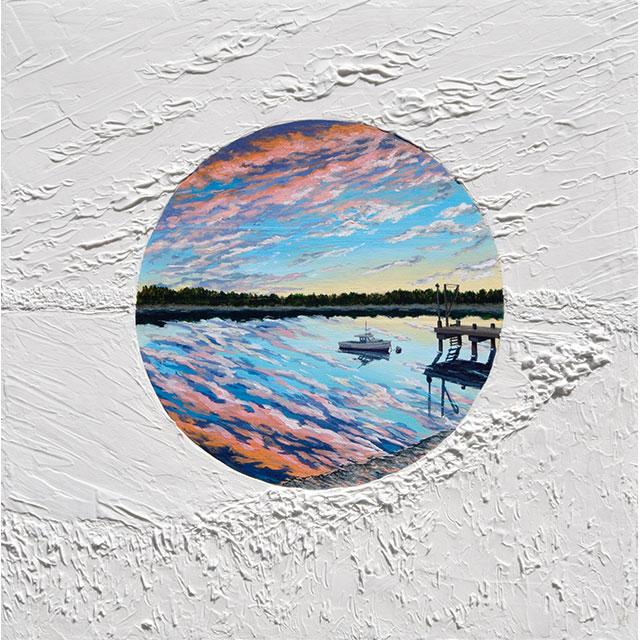 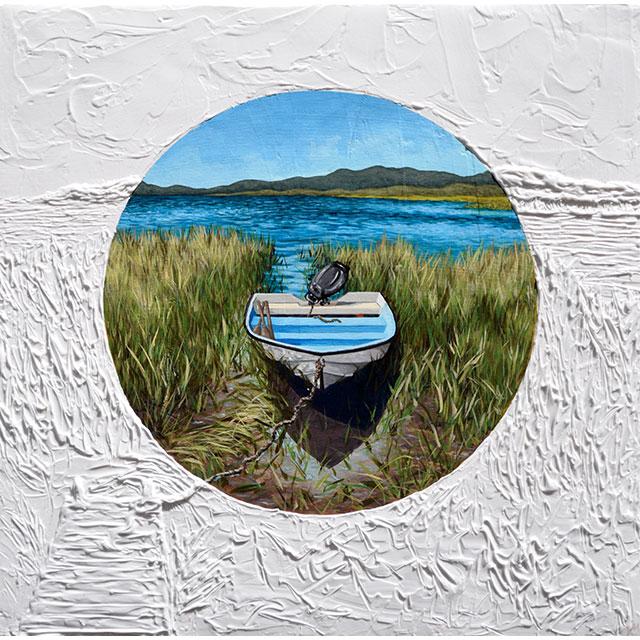 Waiting in the Grass 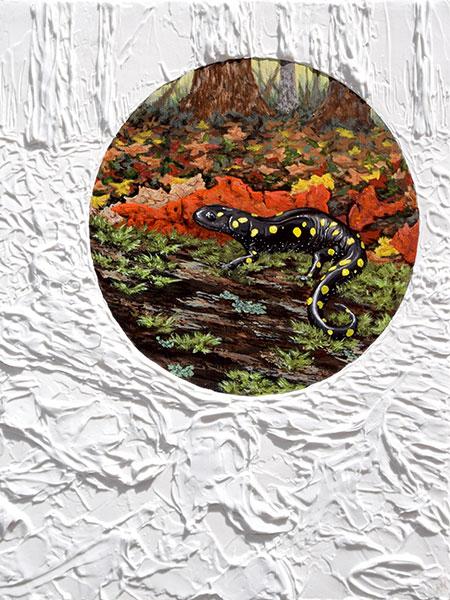