For the past twenty two years, McMullen's focus for painting has been exclusively on the coast, surrounding waters and interior of Mount Desert Island, Maine.  From his first sight of the island, McMullen regarded it as a place of benediction- a giant, tuned instrument that resonates with a light that is both evanescent and eternal.

McMullen's abiding interest is in evoking this mysterious blend of form, light, and spirit with an approach that is firmly based in the realist tradition. After producing a working print by manipulating multiple digital photographs, he draws the image on a rigid support. Working exclusively in the studio in oils, McMullen begins by creating a subdued, monochromatic under painting. He follows this with three to six thin, successively lighter, direct painted layers of varying degrees of opacity, and finish with multiple transparent glazes and adjustments to details and top lights.

McMullen's technique reflects his great fondness for the work of Jan van Eyck, Titian, Velazquez, Tiepolo, and Ivan Shishkin, with more direct influences from the American painters Fitz H. Lane, Frederic Church, Martin Heade, Thomas Eakins, Charles Sheeler, and Richard Estes.  His artistic sensibilities have also been deeply influenced by a love of the abstract sonorities of nineteenth and twentieth century classical and jazz music, by a strong interest in the history of ideas- particularly American cultural and social history, and by the increasing background anxieties of a troubled world.

McMullen's paintings of Mount Desert Island are a product of his understanding that it truly is an irreplaceable repository of mystery, silence, and beauty, and that is also a repository of ozone, acid rain, and mercury from the factories and vehicles of a tragically myopic civilization.

Stay tuned for new work  by Ernest McMullen in 2022! 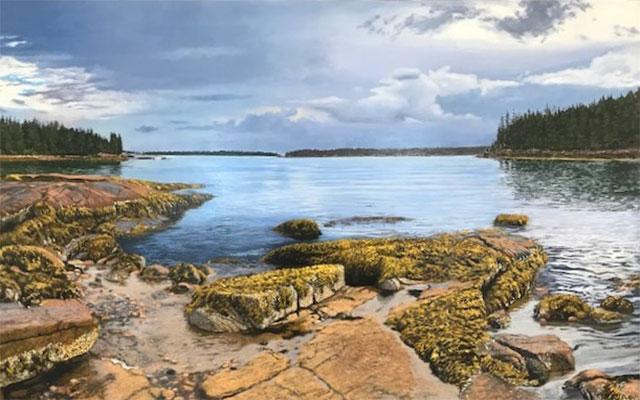 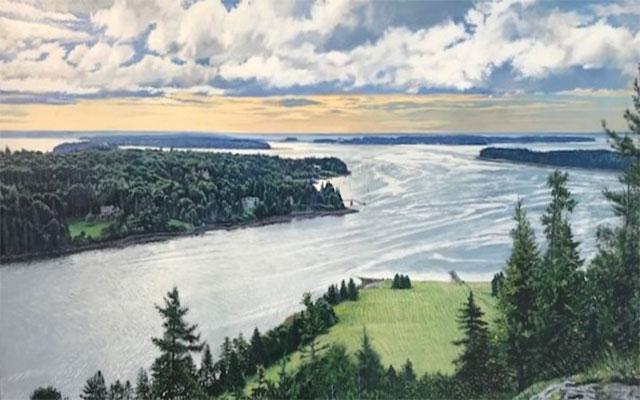 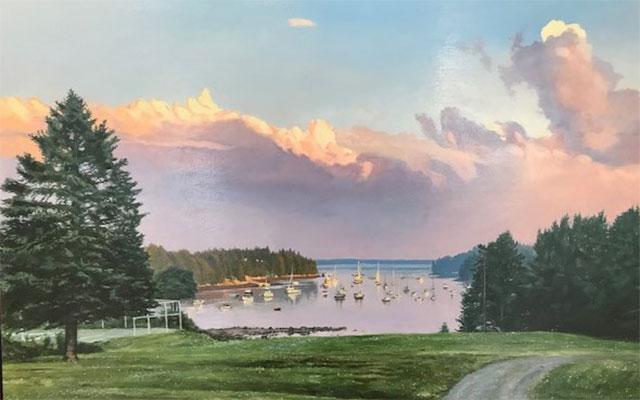 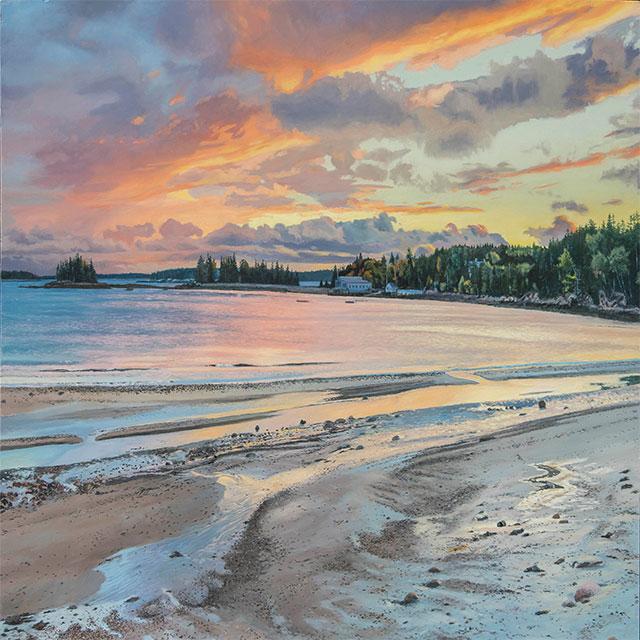