“Since the age of 15 when his mother hired a private art tutor for him, Clay Kanzler has been devoted to drawing and painting. I was that tutor and have, over the decades, become a friend and admirer of this prodigious and principled artist.

My admiration is based not only on Clay’s accomplishments but also his tenacity because I don’t believe what he’s arrived at came naturally or easily. Beyond formal studies which include Hotchkiss, RISD, CSS and Trinity (BFA), there have been all these years spent looking: at galleries, museums, the ocean, the sky, family photo albums. Detroit, Boston, Florence and New York City, each in their own way, have abetted these studies. Other artists became part of the mix. Among those Clay has been “in dialogue” with include Dali, de Chirico, Magritte earlier on, and more recently Estes, Rosenquest, Salle and Richter.

Factored in with the above accountings are the thousands of studies, photographs and canvases that bear witness to the year of solitary studio time. Also travel, along with extended painting periods beyond home base help give credence to his darkly romantic or sun-filled locales that avoid the more accessible themes of Vermont regionalism.

Subject in the case of this artist is not singular. Clay Kanzler has long ago left the picturesque in favor of the personal – explorations into the mystic (literally, as some paintings carry scriptural quotes and/or titles) and familial history. This latter group of works use time and space image overlaps (all in a single coat of paint!) to provide interwoven dreamscapes that shift and breath in a vaporish remove. These are ambitious, complex, labor-intensive works that offer themselves up with quiet yet implicit drama.

As example “Sea Ridge” is a wondrous conjuring of family ghosts walking at the edge of a near monochromatic seascape of the past melding into a golden interior with is own overlapping memories (which include the artist as a boy) which all seem, reading left to right, to double and triple explode into a full color reality of a now foliated path curving yet more rightward off the canvas … so then … to be continued.

The current work, while maintaining photo-derived imagery, continues to expand through varied formats. There are multiple pictures spliced side by side or stacked vertically or even several, one within another, as rectangular reverberations. Themes of the poetic include rolling clouds over coastal waves, bucolic carriage paths, friends and family spirits and biblical text intertwined with female nudes that appear and disappear in these tumbling, autobiographical, adolescent dreams made visible.

Clay has told me that his future work will be less narrative, less realistic, that it should head to toward the magical, the mystical, that he would wish his painting to truly move the viewer. He talks about them becoming the embodiment of prayer, alignments of healing, depictions of God’s beauty … but, he says, “Right now I’m just scratching the surface…”

I think with his new work, Clay Kanzler already heads purposefully into the transcendental. With rich metaphoric mixes and obsessive technical skills, these paintings generate more for the eye, mind and heart than almost all else on the contemporary scene. This is an art loaded in the beauty of thought. It is searching, accomplished and rare.” 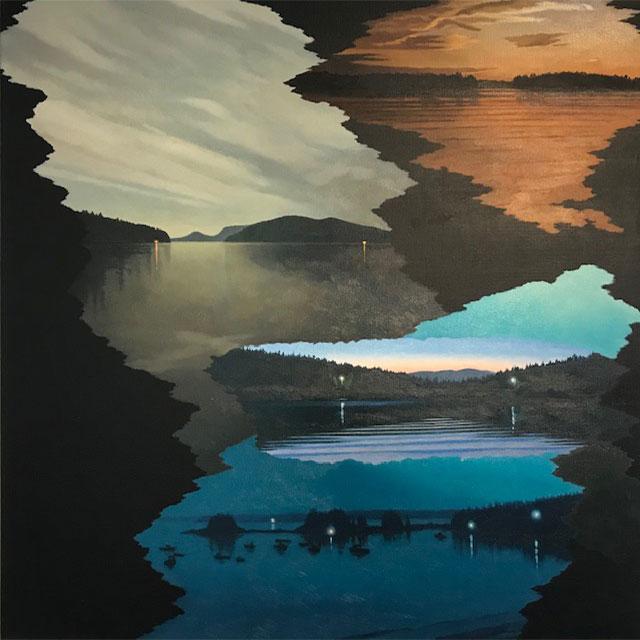 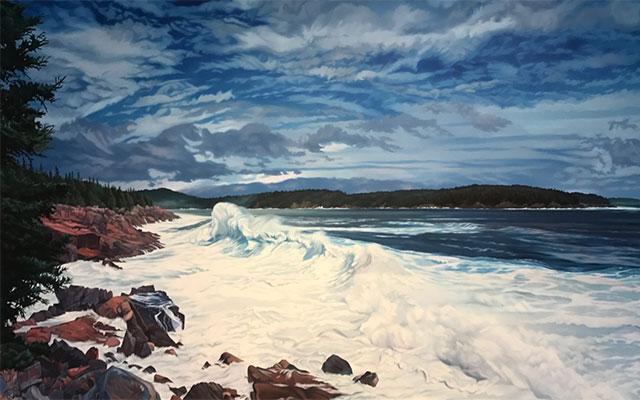 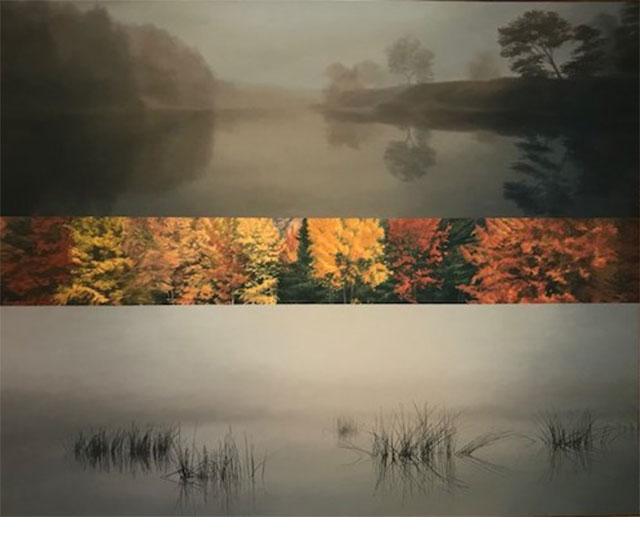 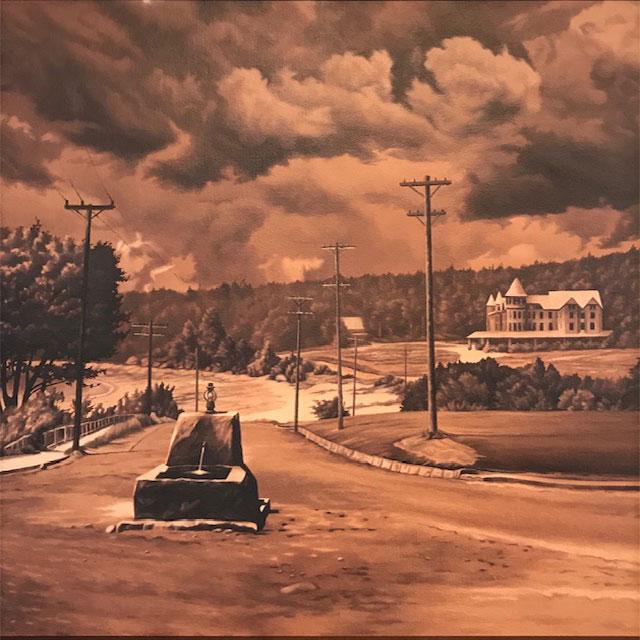 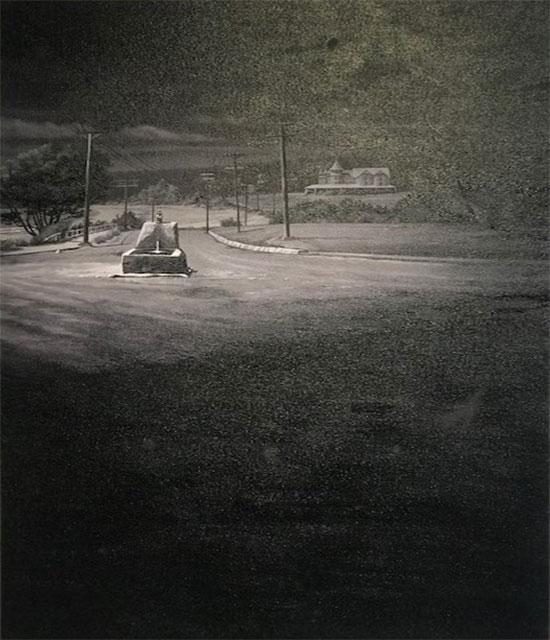 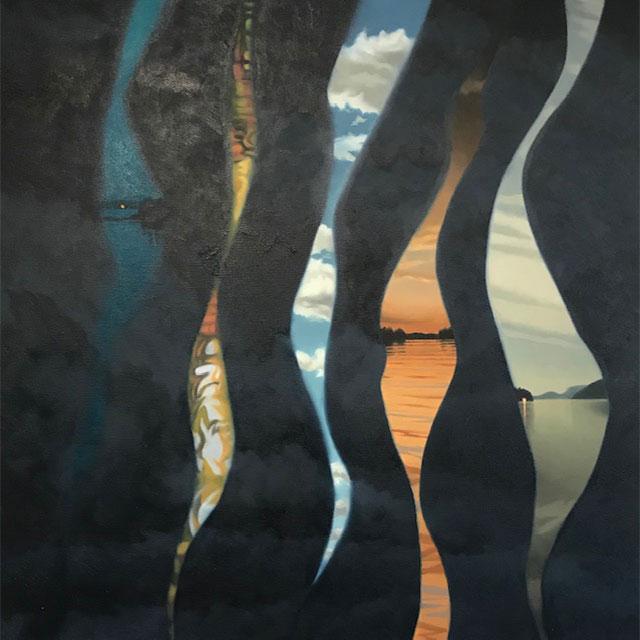 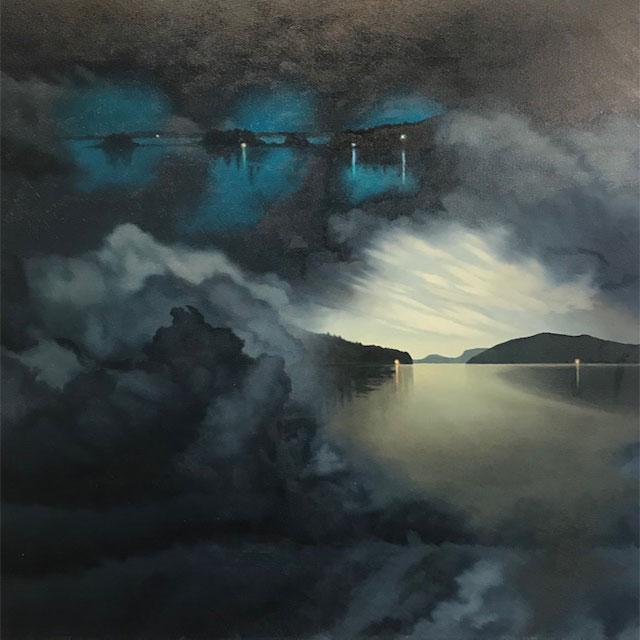 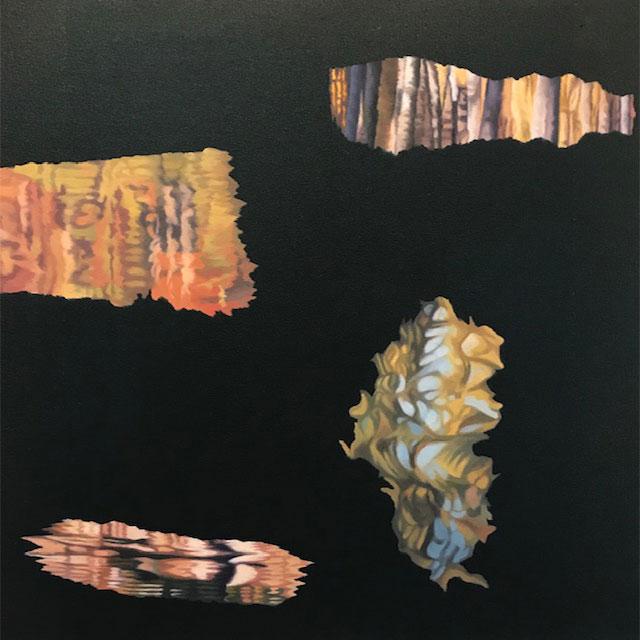 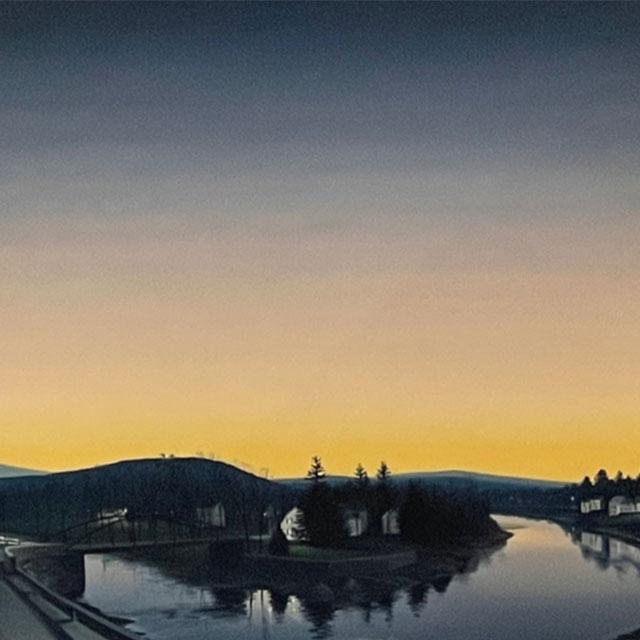