Bill Woodman was born in Bangor Maine in 1939. Woodman joined the navy and served on the SS Timmerman and in Germany. Upon discharge, Woodman took the next bus to New York, knowing that was the place to start his cartooning career.

In 1962, Woodman sold his first cartoon to Saturday Review. He worked a variety of day jobs until making his first sale to The New Yorker in 1975 to which he had contributed since his passing.   In addition to the New Yorker, Woodman has appeared in Playboy, National Lampoon,  Audobon, The New York Times, Gourmet Magazine and Barrons to name a few. Woodman has published a collection of his own work: "Fish and Moose News" as well as a children’s books: "Whose Birthday is it Anyway?".  He has also illustrated the work of others such as Eva LaGallienne's "The Spider and Other Stories" and "Beverly and Marigold" by Val Coleman, again to name few.

In 2000 Bill Woodman retired to Maine where he created cartoons but mainly practiced in his true love, plein air (outdoor) painting.  Woodman passed away in Winter 2022. 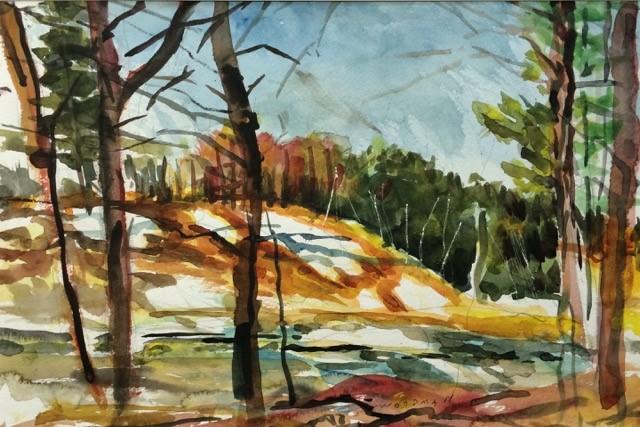