There is something deeply meditative about watching Sergio Roffo put paints onto a canvas. Based in Scituate, Massachusetts, this master painter has spent decades rendering New England landscapes and seascapes with such precision that his works hang like windows, drawing viewers into the most picturesque parts of our region. From Southwest Harbor, Maine, to Jeffersonville, Vermont, to the islands of Nantucket and Martha’s Vineyard, to his backyard on the South Shore of Massachusetts, Roffo paints en plein air, setting up his easel in the wild where he races the rising and setting sun each day to complete his studies in one sitting. What emerges are works of art so vivid that they transport you to a place and time where you can practically smell the breeze and feel the sun on your face.

Along with this visceral sense of atmosphere, there’s also a timeless, Old-World quality to Roffo’s paintings that reflect his personal history. At the age of seven, Roffo immigrated to the United States from a tiny village tucked away in the Apennine Mountains of Italy called San Donato val di Comino. He and his mother and five siblings braved two weeks aboard the SS Augustus before coming to port in Ellis Island. The family then joined a community of hardworking Italians in Brighton, Massachusetts where the prospect of Roffo becoming a fine art painter was as unlikely as playing major league baseball. Like many Italian-Americans living in his tightknit neighborhood at the time, Roffo’s father encouraged his son to go into the trades where he could earn a living with his hands. “I was a bulldozer operator, a backhoe operator, truck driver, laborer—you name it, I did it,” he says. “But I kept coming back to my dream of attending art school and just couldn’t see my life as a construction worker.”

Roffo eventually convinced his parents to let him study commercial art, which led him to landing a job in the audio/visual department of Fidelity Investments in Boston. During his lunch breaks, he’d set up his easel along Boston Harbor and bang out water color paintings. He learned to maximize his time, efficiently depicting the maritime scenes with thoughtful, deliberate brushstrokes. As more and more bystanders lingered behind his canvas, watching him work, Roffo decided to pop up a little sign offering his paintings for $200 a piece. So began his career in fine art.

“Painting in New England offers so much subject matter, whether I go into the mountains in New Hampshire or along the coast on Nantucket, it’s a whole different topography, a whole different light. I’m inspired by the composition, the trees, the boats…everywhere I go, I get inspired.  I don’t put every blade of grass in my marshes anymore; I don’t need to, I can render that with a few brush strokes. It’s all about light and value. It’s more impressionistic…more suggestion than description.” Sergio Roffo 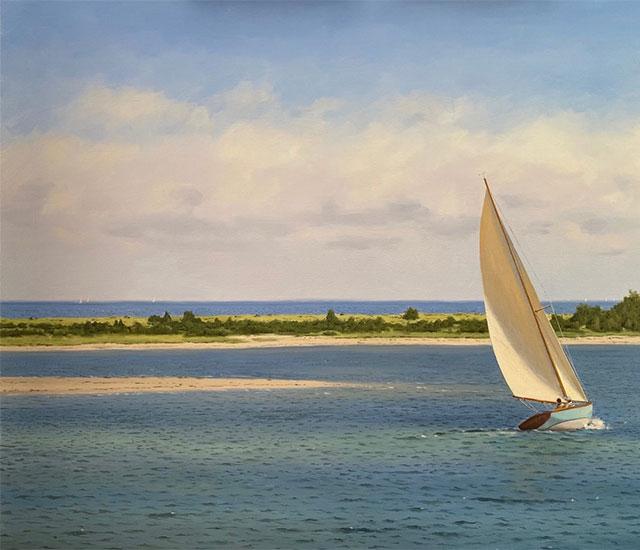 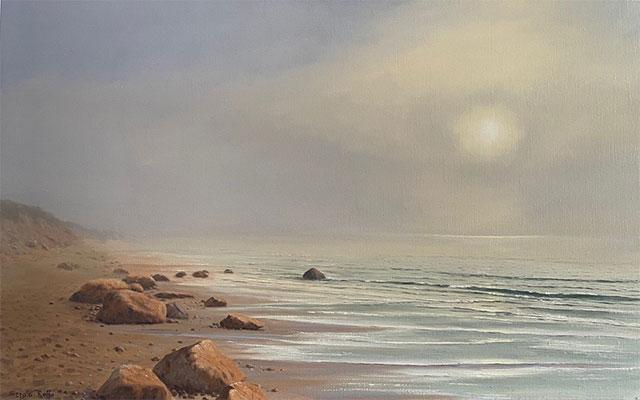 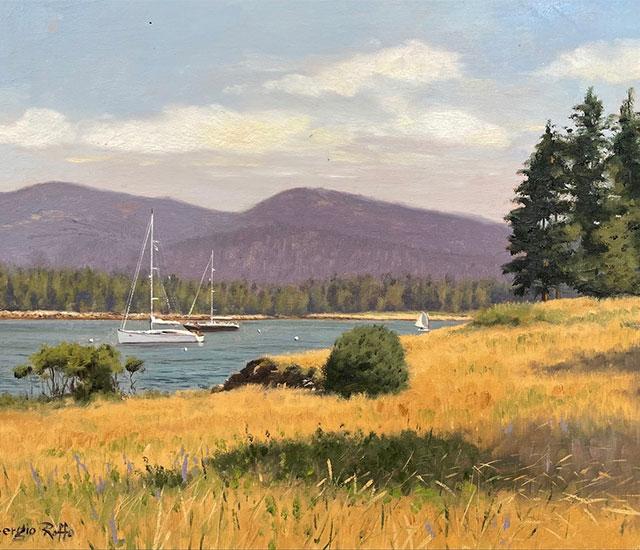 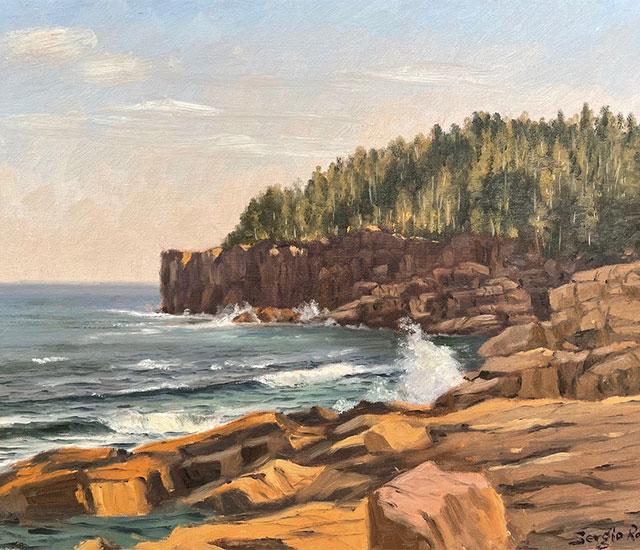