Moore moved to New Hampshire from his native Wales in 1974 and two years later in 1976 started his own business. He is a self-taught craftsman who began his woodworking careering by building kitchen cabinets in Newport, New Hampshire. Thirty years later, he is recognized by his peers and his patrons as a master of proportions, design, and workmanship.

Moore was born into a family of eight children and after high school like his father and grandfather before him began working in a coal mine. After work hours, he would pursue his musical interests—guitar and vocals in local bands.

In 1973, he traveled to London to see a rock opera called Lonesome stone. It had an international cast of Americans and Europeans. Moore joined the cast shortly afterwards as a musician and played a variety of instruments such as bass, lead guitar, keyboards, and vocals. He even had a small acting part. The show toured Europe successfully for a year and a half including a three month stint  at the well know rock venue, The Rainbow Theater in London.

Promoters brought the show and its cast to the United States, where its reception was a different tune, so to speak. The show went bankrupt in Kansas City, Missouri after a three month tour. Moore was, at that time, married to an American member of the cast. The couple made short-term plans to spend Christmas with her family in Newport, New Hampshire, and he’s been in New Hampshire ever since.

Moore points to three very different influences to his work: early Korean furniture design, the French Art Deco movement, and Edward Barnsley, a 20th century English craftsman who reinterpreted Georgian period furniture. Moore describes his work as a distillation of these influences. Korean design is responsible for the balance and symmetry in Moore’s design. Barnsley inspires refinement, restraint, and a very high level of craftsmanship. French Art Deco is echoed in his use of highly figured veneer and high polished finishes.

Moore's studio is located in Wilmot, where he designs and builds furniture to commission. These one of a kind creations are built with a combination of hardwood and highly patterned exotic wood veneers. And the design of these pieces evolves and changes as he builds them. “It’s like writing music,” he says, returning to his other art form, inspiration comes as you are working.” 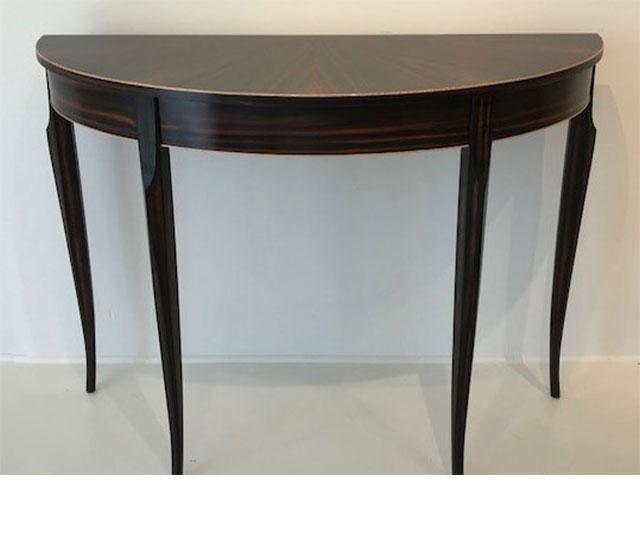 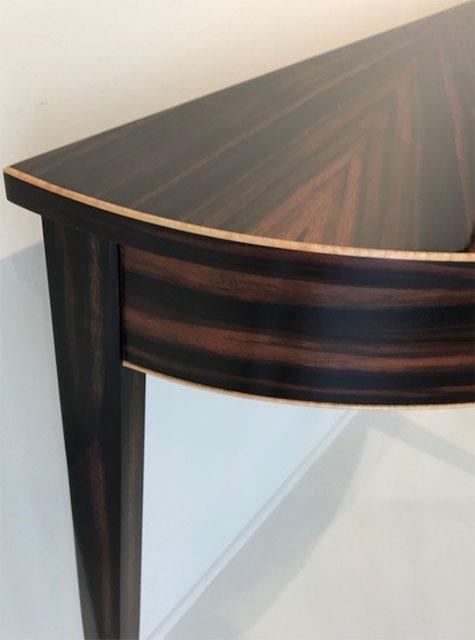