William B. Hoyt (Wimby) was born in October of 1945 and grew up on the campus of St. George’s School in Middletown, RI.    Hoyt was raised by his mother, Kitty, a well-regarded portrait painter and father, Norris, who was a renowned sailor, writer, and photographer.  Hoyt spent much of my childhood sailing and painting.  In 1963 Hoyt graduated from St. George’s School and then from Yale in 1967 with a major in fine art. In 1968 he was commissioned at the United States Navy Officer Candidate School. Hoyt served on the staff of COMSIXTHFLEET where he was recognized for his artistic abilities.  Consequently, he was detailed to paint portraits of admirals and create a portfolio of paintings of fleet activities for the Naval Art Collection.  In 1970 Hoyt returned to civilian life and settled in Vermont.  His subjects have included marine, landscape, and intimate domestic still lifes. “They share my interests in the effects of light at a particular moment. The threads of the canvas, the sea, Vermont, Maine, my family and friends have woven themselves inextricably into my psyche and my work.” William Hoyt

Hoyt has painted professionally for the past fifty years and is included in many private and corporate collections including Steven and Dayna Bochco, John and Gwen McCaw, Senator Claiborne and Nuala Pell, Laurence and Mary Rockefeller, Charles and Anne Sincerbeaux, Beth Webster, Bank of America, and many others. 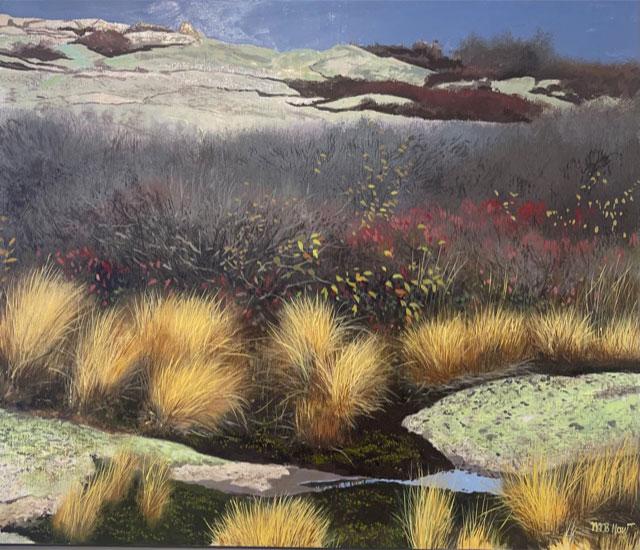 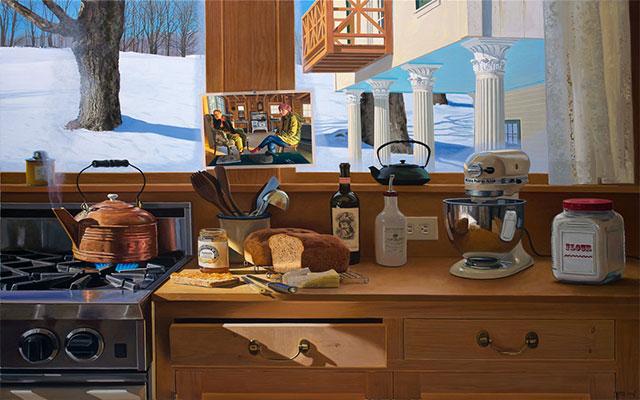 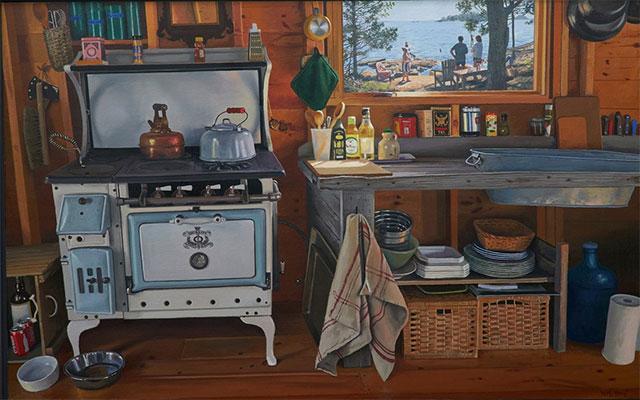 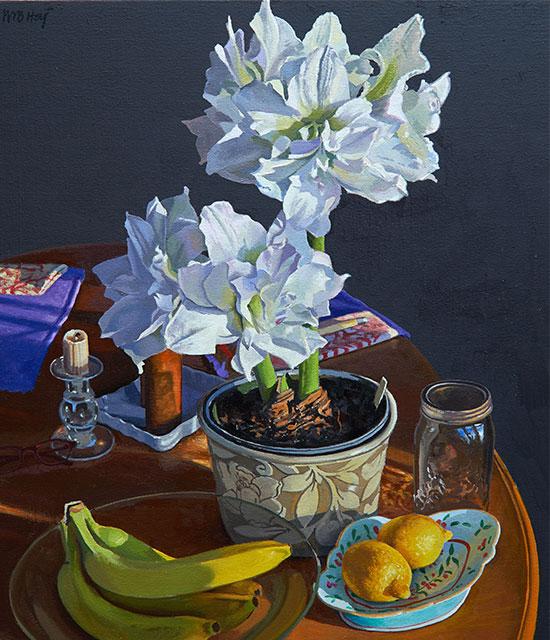 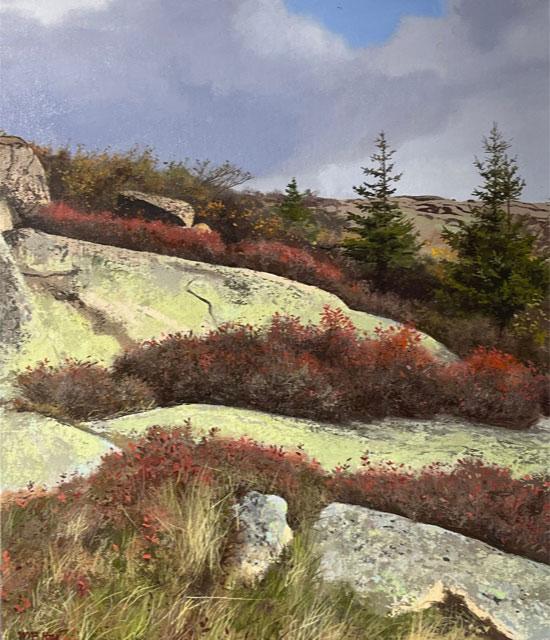 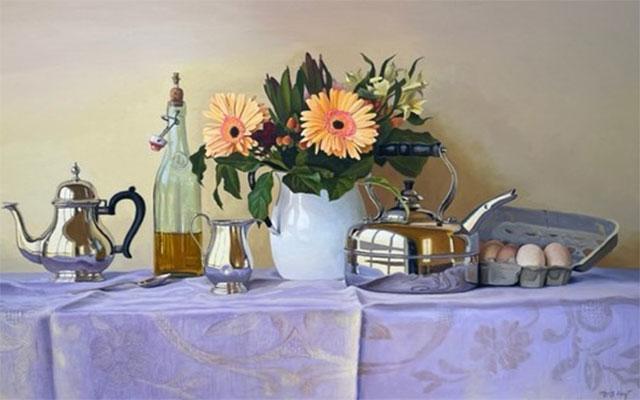 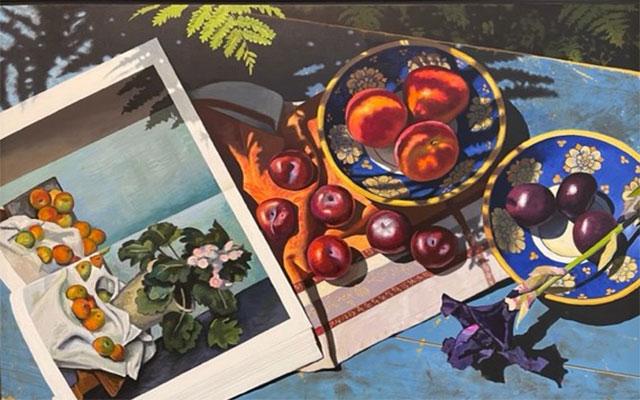 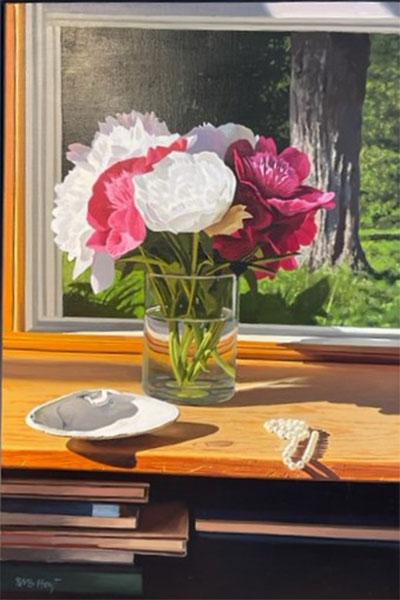 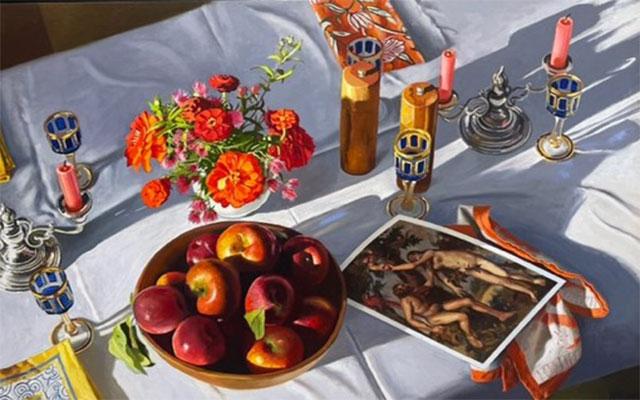 The Fall of Man 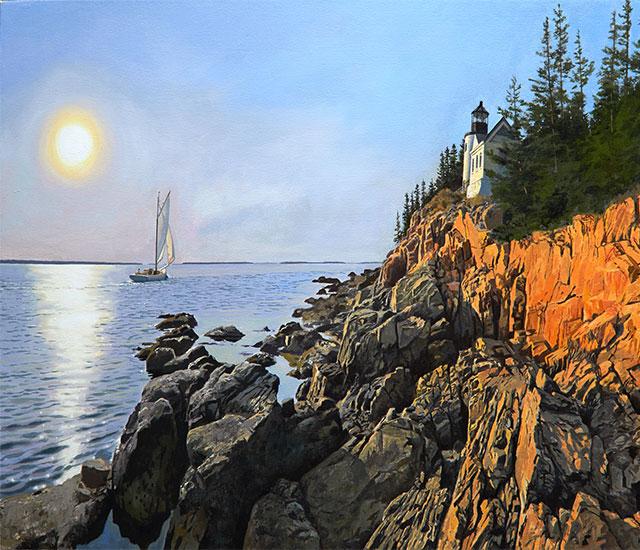 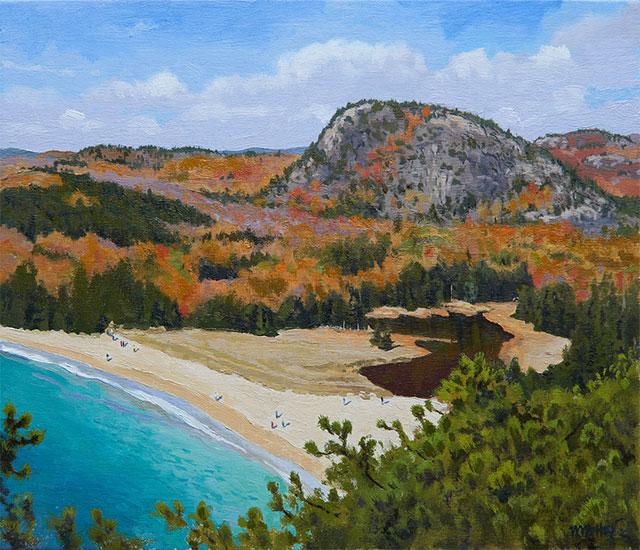 Sand Beach and the Beehive