Sam Wyatt grew up in the city of Philadelphia. One of Wyatt’s earliest memories of the power of place was playing underneath an enormous steel bridge bordering the city’s lush Fairmount Park. There was something about this intimate space that has stuck with Sam. It was hidden, mysterious, built of the rough textures of crumbling concrete and rusting iron, but embraced by a wild green tangle of woodland. Cars and trucks pulsed overhead, but Sam was aware that he had found a quiet place of refuge. It felt peaceful, safe, gritty, dangerous, and beautiful all at the same time.

After graduating from Massachusetts College of Art with a degree in Sculpture, Wyatt pursued a career in designing and building gardens. The moss and stone gardens of Japan became his obsession and taught him how the power of natural beauty could transport and transform. Having completed a twenty-year profession as a garden designer, thirteen of these years on Mount Desert Island in Maine, Wyatt is now circling back towards painting as an artistic expression in hopes to continue this exploration. Instead of solely focusing on 'nature' for inspiration, he takes a deeper look at its intersection with man-made 'ugliness,' and realizing that the distinction between the two is not that clear. 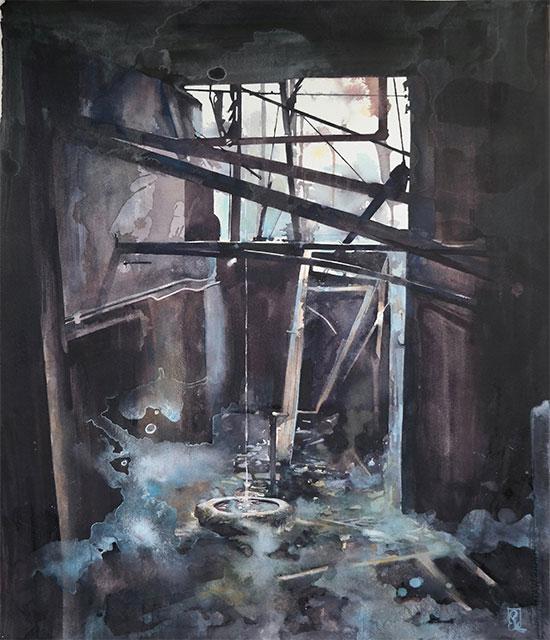 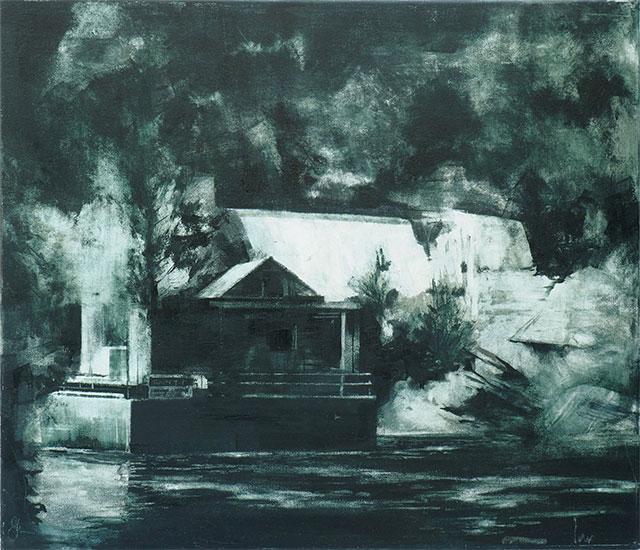 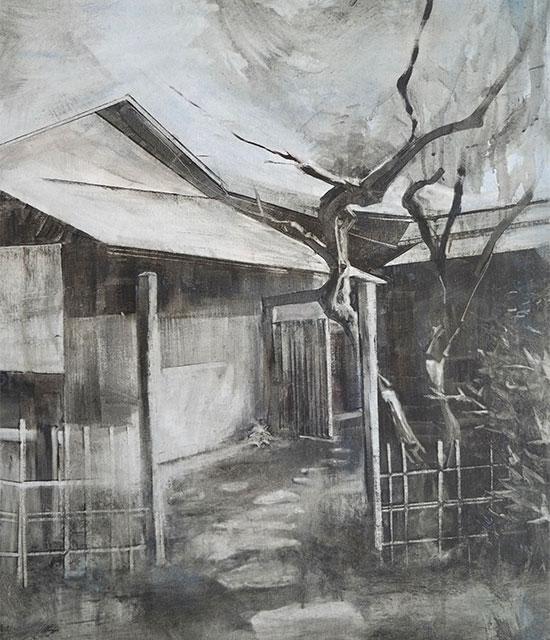 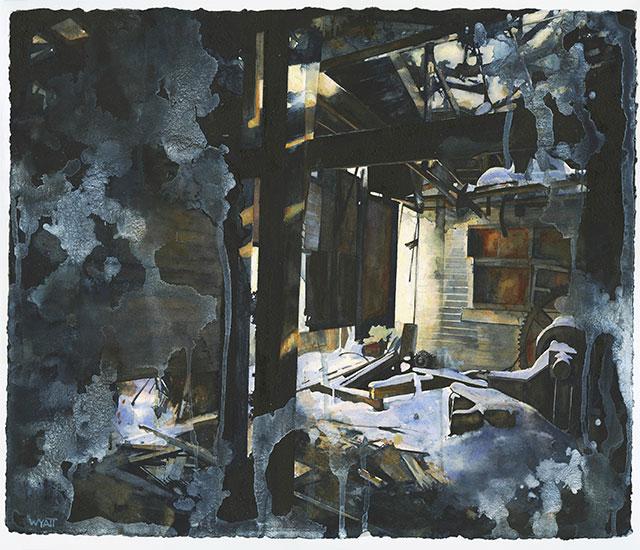 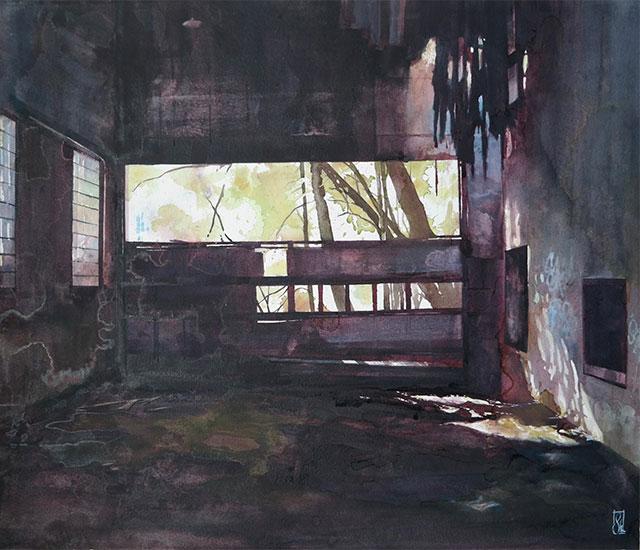